My plan for this week was to go over and talk about IP headers and datagrams. However, while looking through some resources, I find a document that can explain it far better than I can. So instead of diving into the technical nitty-gritty of packets and headers, I'll let Burton Rosenberg of the University of Miami's Computer Science department handy article explain it.

With my original plans for this article taken care of, I instead thought that it would be a good idea to cover how to actually examine a packet and apply this information. It is one thing to know the theory, and another entirely to apply it. With that in mind, I decided to play around with Wireshark and throw together a little demonstration depicting the process. 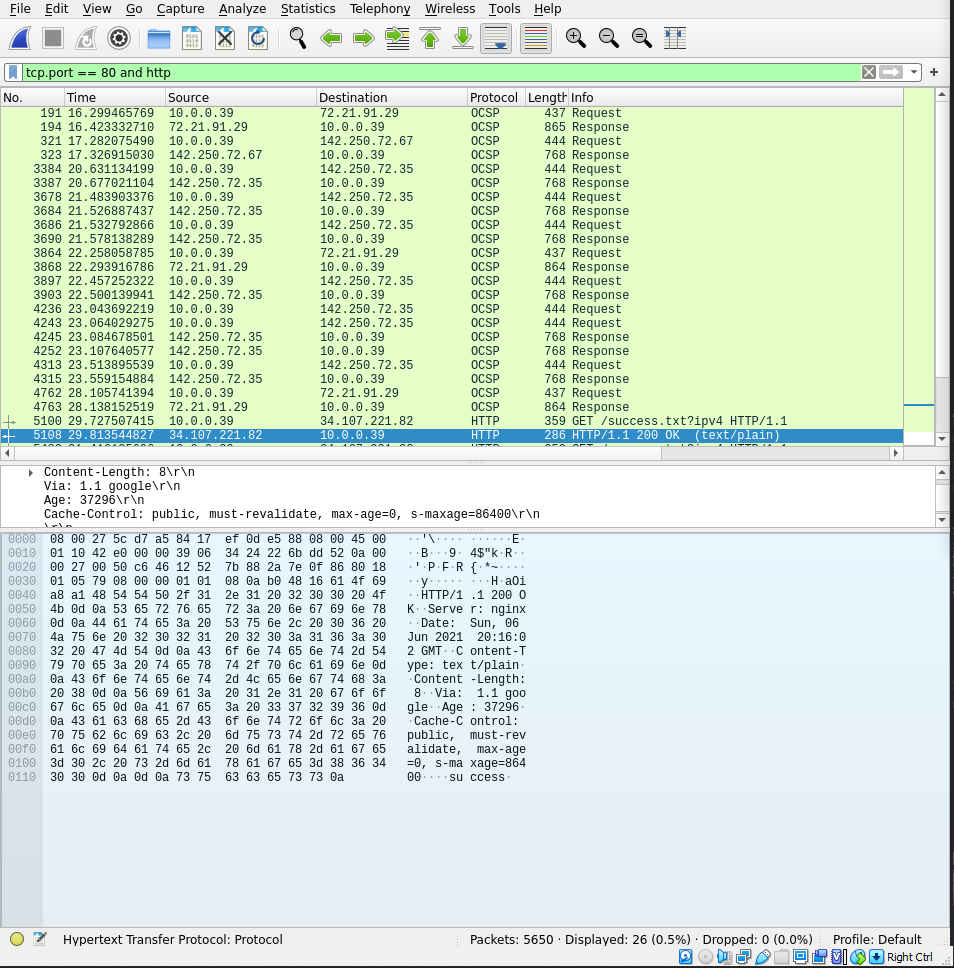 This is a Wireshark window that shows the HTTP traffic to and from my VM. To generate this information, I started Wireshark, confirmed in the capture options that it was using the correct adapter, and performed a google search. The packet that I'll be looking through is a response from one of the searches. When you initially click on it, the packet details and packet bytes viewer are populated.
While these might look confusing at first, they are easy-to-use tools that can simplify the process of extracting the IP header. In the packet detail field, simply scroll down to the IPv4 or v6 drop-down menu. After opening the menu, you will see each of the fields within the IP segment of the packet as their own submenus. Clicking on any of these will also highlight the corresponding hex values in the packet bytes viewer. 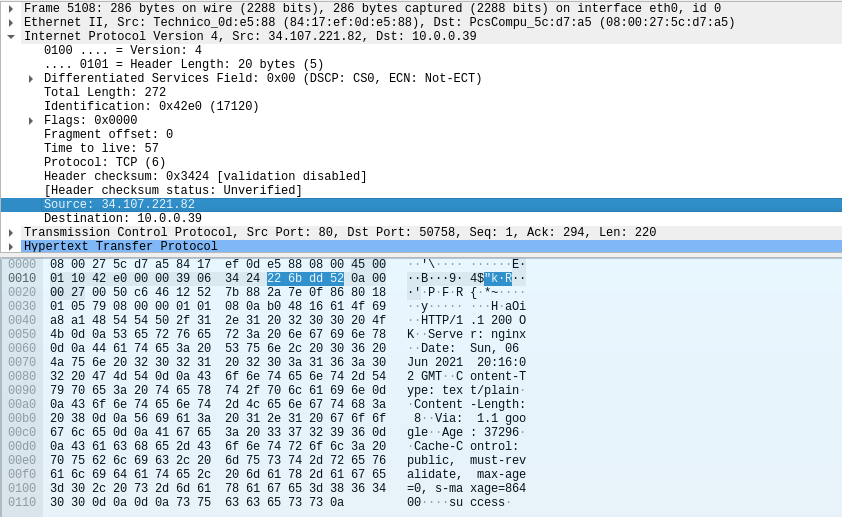 This blog was originally started as a requirement for a comp sec class. Now, it serves as a random dumping pool for ideas and projects that I have. Sometimes I find cool stuff and want to write about. Or, I document myself stumbling through projects and other ideas. I am a security and forensics student at Metropolitan State University in MN. To contact me, please either DM me on Twitter, or send me an e-mail at liam.powell@my.metrostate.edu.